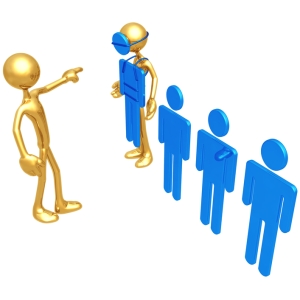 The experience known as “impostor syndrome” has been a topic of increasing interest in recent years, featuring in many blog posts and newspaper articles. I have found it reassuring to read the experiences of so many academics who share this experience, and so would like to add my own contribution in the hopes that others might take some comfort in it. As such, at the risk of repeating much of what has been said by others already, I present to you my thoughts on this pervasive phenomenon.

First, though, a note about terminology: although called a “syndrome,” impostor syndrome is not a medical condition. It is rather a convenient expression for referring to a quite common experience in academia—that of feeling that one is a fraud. (NB: the phenomenon is not restricted to academics, but is alarmingly common among them.) I have my qualms about referring to the experience as a “syndrome;” it is, I think, indicative of our growing desire to pathologise the entirety of the human experience—a trend to which I am staunchly opposed. Clinical psychologists Pauline Clance and Suzanne Imes (1978), the first to identify the experience, named it the “impostor phenomenon;” and so, in what follows, I shall use Clance & Imes’ terminology.

It is worth noting that some mental health professionals also share my reticence to apply the term ‘syndrome’ to this experience. In an article in Nature, Dr. Mayada Akil, Director of Outpatient Psychiatry at Georgetown University Hospital, Washington DC, is quoted as saying that while the experience certainly occurs, it is “not a disorder or a syndrome;” Dr. Akil feels that much has been made of the so-called syndrome for “commercial purposes.”

Now, it might seem odd to devote this amount of space to a terminological discussion. The point, however, is not a minor one; there is power in words. In labels. In this case, I think to pathologise the experience is to absolve the academic environment of too much responsibility—an environment that, as I wrote last week, allows phenomena like this one to thrive.

So much, then, for terminology.

“I’ve just pulled the wool over their eyes…”

This line, and many others like it are a constant refrain in my internal dialogue. Worse than a doubt, I harbour an unfaltering conviction that I have not earned my place here in the hallowed halls of academia. A conviction, I hasten to add, that is utterly irrational—one that is dogmatically impervious to all assurances and evidence to the contrary. And yet, as much as I’m aware of its irrationality, it is a belief from which I seem unable to divorce myself.

What is more, the impostor phenomenon is not just a belief about one’s own unworthiness. It is also the constant fear of being exposed. The fear that the next question you ask, the next presentation you give, the next page you write will be the one that gives you away. It is the fear that you are surrounded by people who can smell deceit—by, as Colonel Pickering might have it, “impostorologists.” Indeed, combined with the combative atmosphere that prevails in academia (see “Shame and Academic Darwinism”), the impostor phenomenon makes one feel like a sheep in wolf’s clothing. One who is amidst many hungry wolves.

The tragedy of it is, the impostor phenomenon is strikingly common. And yet we each feel alone in our experience; we don’t realise that we’re in what amounts to a fancy dress party—so many supposed sheep in wolves’ clothing.

As many of the articles on this topic explain (see “References and Further Reading” below), one of the most effective ways of combating the impostor phenomenon is to talk about it. This is why I felt it important to add to the already sizable literature on this all too common experience. That being said, I must admit, it is with no small amount of trepidation that I confess to feeling this way. Despite having met numerous students and peers who have expressed fears very similar to my own, I cannot help but think, “their beliefs may be mistaken, but I am in fact a fraud.” A truly laughable thought! And one that demonstrates the self-reinforcing nature of this troubling phenomenon.

I take my experience of the impostor phenomenon to be part and parcel of my mental health issues (namely, anxiety and depression). Indeed, in my experience, all three feed into one another, each reinforcing the deeply negative beliefs engendered by the others. The worse my depression, the more I feel an impostor, and so the more anxious I become. This often leads to a deepening of the depression, thus completing the circle.

One of the most notable symptoms of depression is the possession of a negative self-image and the cognitive distortions that accompany that image. There are many different kinds of cognitive distortion, among them one called “disqualifying the positive.” As the name suggests, it is typified by a tendency to explain away positive experiences. For instance, dismissing compliments as merely polite gestures, or attributing successful results to luck.

So, what can we do to overcome the impostor phenomenon? To answer that, I will point you to a marvelous article at GradHacker entitled “Banishing Impostor Syndrome.” In her article, author Andrea Zellner outlines four main strategies for combating this phenomenon:

Do you have experience with the impostor phenomenon? Have you overcome it? What do you think causes it? Share your thoughts in the comments.

Rippeyoung, P., 2012. The imposter syndrome, or, as my mother told me: “Just because everyone else is an asshole, it doesn’t make you a fraud.” (a guest post). 11 December 2012. The Professor is In. Available from <http://theprofessorisin.com/2012/12/11/the-imposter-syndrome-or-as-my-mother-told-me-just-because-everyone-else-is-an-asshole-it-doesnt-make-you-a-fraud-a-guest-post/> [19 April 2013]

One thought on “On Impostor Syndrome”